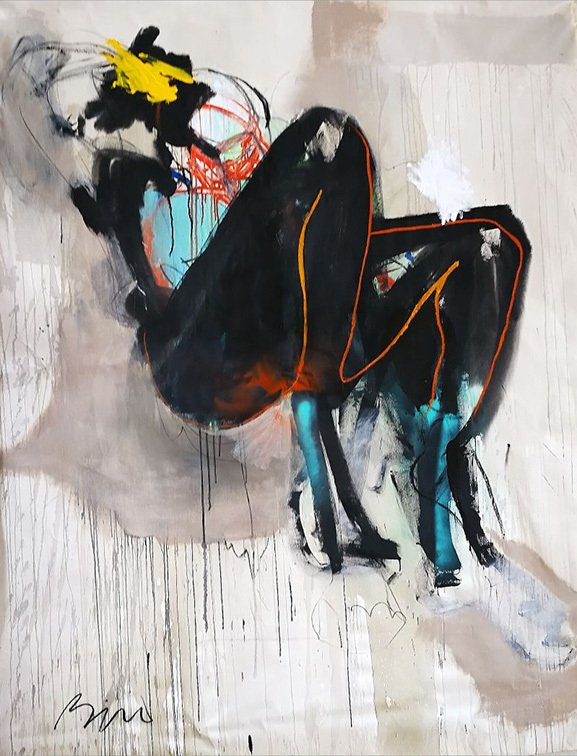 Toni Bico was born in Quelimane, Mozambique in 1963 and spent his childhood in a remote cattle farm.

In 1974 he came to South Africa where he went on to study art throughout his school career and history of art as a sub major at university.

He joined the family business early on but painting remained his passion and in 1995 had his first solo show at the Wedgewood Gallery in Johannesburg. This was followed by solo shows in Johannesburg in 2001, 2004, 2008, 2010 and in Prince Albert in 2007.

In 2012 he was invited to exhibit in  Karlsruhe, Germany. This was a pivotal point in Toni’s life and after his return to South Africa he decided to commit himself fully to his artistic work.

Toni joined Arteye Gallery in 2016 and had his first solo show there in May 2017 (Kaleidoscope).

This was followed by a group show in October 2017 in Cannes, France (Reflections on being African) and another in Cape Town in November 2017 (Cruel cruel Summer). In 2018 Toni was again invited to exhibit in Cannes, France (Impossible until it’s done).

I work in the abstract and figurative genres (or a combination of both) and am inspired by the continuous scientific and technological progress that we are experiencing at the moment and also by the contradictions, The survival instinct, the fragility inherent in all of us.

My work has been described as bold, epic, emotional and thought-provoking.

I paint in mixed media because of the diversity of contrasting techniques that I can achieve. The canvas is often unprimed and some of the tools used are industrial, such as building industry trowels. The process of applying these materials is of the utmost importance as these are the actions that will ultimately transfer my feelings onto the canvas.

I aim to achieve a balance between wildly energetic marks and soft delicate ones. I work quickly and intuitively with great physicality - layering, spraying and scratching. After this initial stretch I step back and begin a dialogue with the painting - subtracting and adding , vacillating between figurative and abstract until I feel that the painting is done.

I believe that when a work is complete it becomes independent from me and serves as stimulation for a different conversation within a different person.