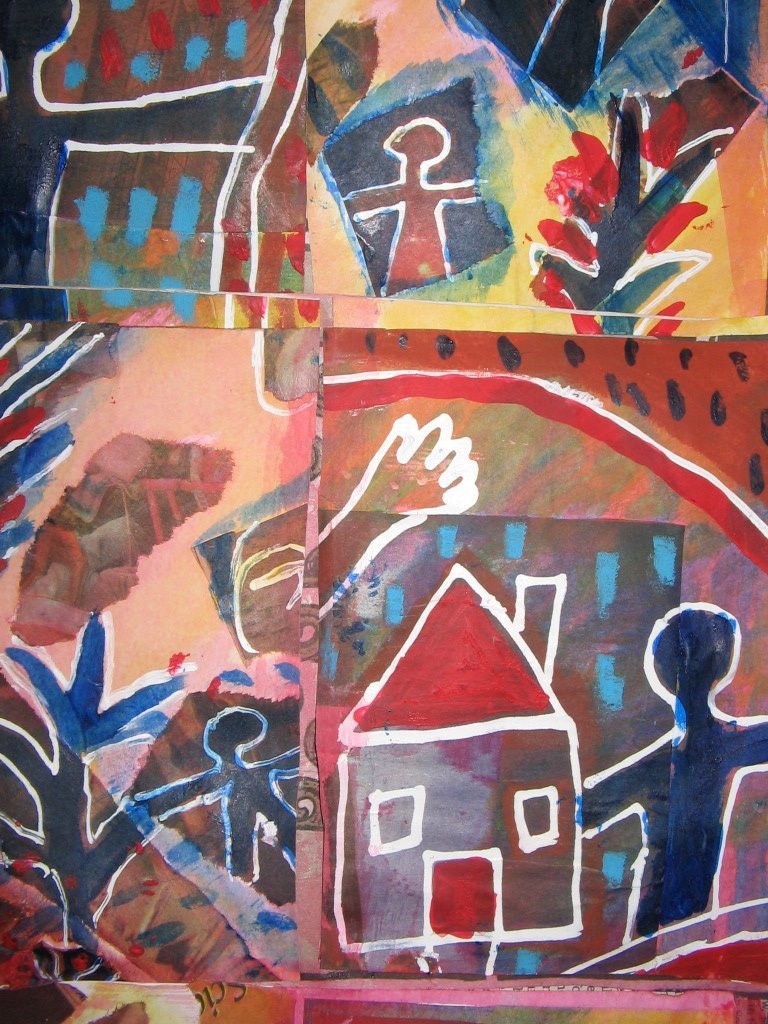 “Often it is that which is most personal and specific that speaks to what is
universal; the small private experiences that convey information that cuts
across generalizations and shows what it is to be human.”
(Ruth Carneson)

Ruth Carneson is an artist, cultural activist and writer. She was born in Cape Town and at
the age of 14 went into exile in the UK. In 1991 she returned to Cape Town.

From 1997 to 2007 she lived on Robben Island initially as an artist in residence and later
as a teacher. Isolated from the mainland the Island provided an ideal space to work.
Over the years she has held many exhibitions both in South Africa and in the UK and
Europe. Her work spans sixty decades.

Ruth uses her personnel experiences to create a connection to a larger social context and works in a variety of mediums including collage, newspaper and text.

Her work ranges from work depicting personal and political trauma to colourful work that
celebrates life.

For the past forty years I have been a practicing artist and built up a large body of work. In the past few years I have developed my work outside the confines of the picture frame. My focus has been installations using newspapers and other re-cycled material, words/poetry, artefacts and sound. Often my work deals with social issues but at other times it is dreamlike and playful.

I have exhibited extensively and my work has been shown at a number of different galleries and Museums in South Africa, Britain, Zimbabwe, Holland and France.