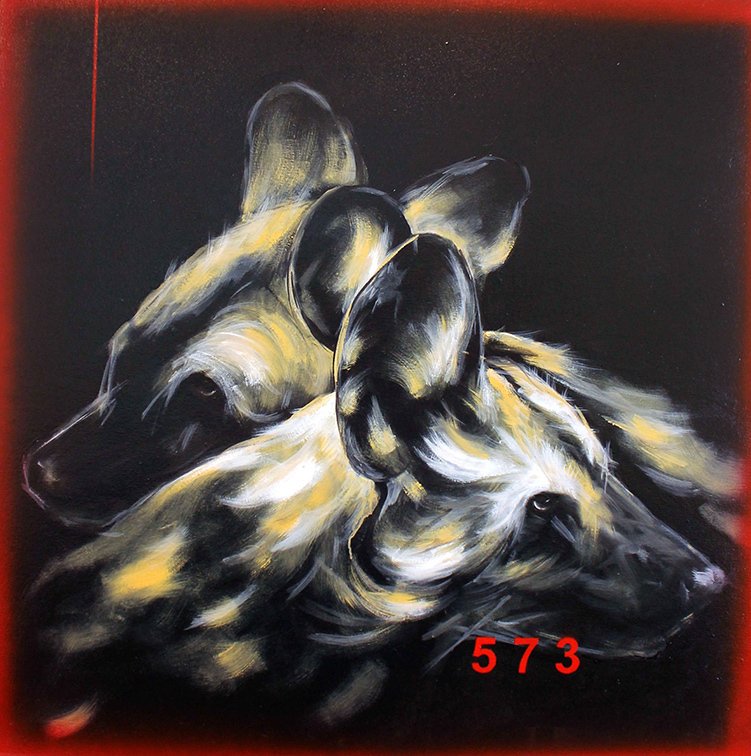 BIOGRAPHY
In 1994 Kevin completed his studies at the Vaal University of Technology where he obtained a BT Tech Degree in Fine Arts. He received the Faculty award for best 4th year student as well as Vice Chancellors award for best Post-Graduate.
He has been active in the art world since and has had several solo exhibitions with work in Private Collections Locally as well as abroad.
Kevin currently resides in the peaceful town of Prince Albert in the Karoo, focussing on his art career.

ARTIST'S STATEMENT
Kevin has done extensive research into the psyche of the human race using wild animals as a vehicle to express the similarities between man and beast. He is particularly drawn to the mysterious behaviour of African Wild Dogs and Hyenas. He uses these two species as metaphors for the complexities of being human and everything that comes with it.
The Hyena as a subject matter brings forth most of the elements in daily society, how we are all in a way misunderstood, troubling human emotions, actions and the ambiguity of human existence.
Just like the Hyena, man in modern day society act the same. In some, not to be trusted, conniving but at the same, like the Hyena could show signs of caring especially from the Matriarch (which is a play on the strong Mother bond and the ranking order in society)
The Wild Dogs Kevin use in his work, depicts the identity which we are all so longing for. In the wild, these dogs don’t have the same markings or spots which make them all so individual, such as human beings which don’t have the same finger print.
This thus is a study of what makes us human…and the constant search for identity and where we belong within this ranking order.