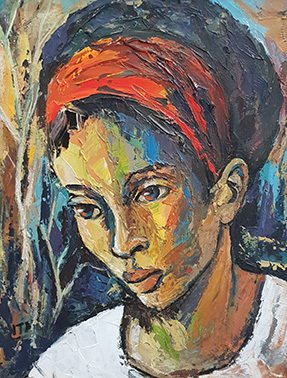 Elokitshini 2003 at the National art gallery of Zimbabwe Bulawayo.

Two men exhibition 2005 at the National Art Gallery of Zimbabwe.

This artist with his natural talent and incredible understanding of colour, makes for investors to bank on.

He touches emotions by forcing the viewer to indulge in the moment.

At the same time the viewer is confronted

by sentimental use of colour and contrasting brush strokes.

All this culminates to make up paintings that leave the audience

with a sense of belonging, yet evoking the unconscious in such a way that it leaves one with memories far beyond the obvious.