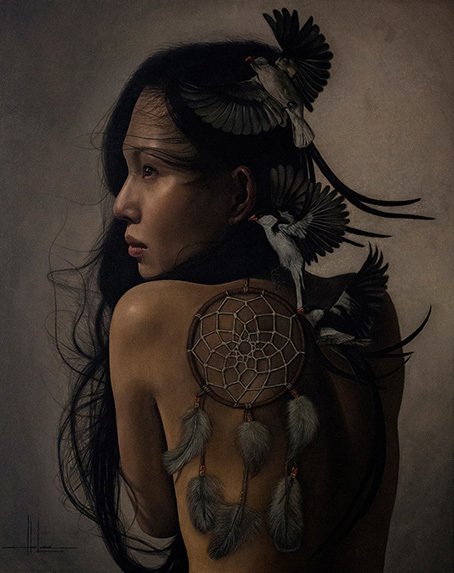 My artworks are inspired by powerful lessons I’ve learned from life. My creations emphasize the value of life and incorporate elements like nature and animals to show that we are all connected.

My goal is create a connection between my artwork and whoever will view it. I believe that we are all connected as human beings and that we share the same emotions. I hope that the audience could see part of themselves through my artworks and hopefully it could bring them back to that triumphant and inspiring part of their lives.

Though I take into consideration the use of different techniques, I value more the feelings that I put into my works. I paint with my heart. For me, a painting is successful if it can make anyone who would look at it feel the emotion that it’s suppose to give. It is like delivering a clear message by touching the hearts of the viewers.