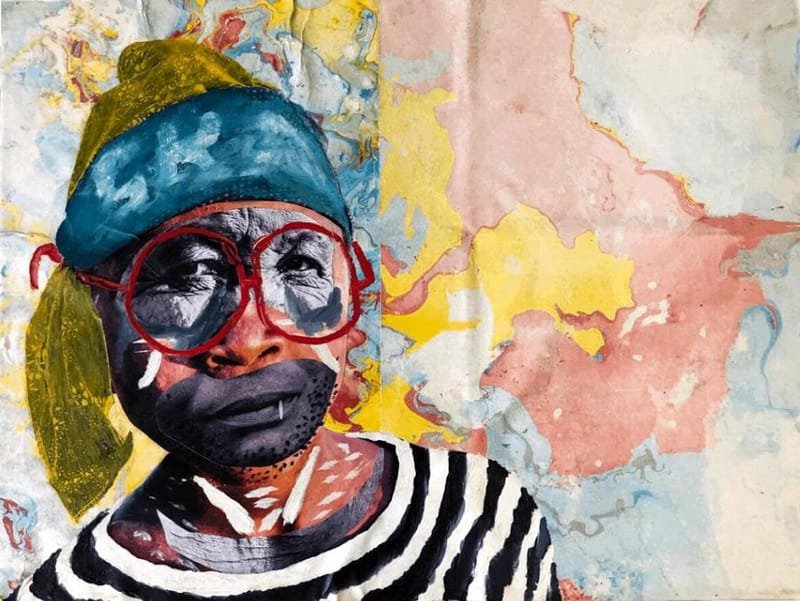 Giggs Kgonamotse Kgole, formally known as Kgole, was born in Kutupu Village in
Limpopo in 1997 and grew up in Tembisa, Johannesburg. Kgole’s life has been filled with multiple earned scholarships, which have seen him attend St John's College in Houghton, where he completed high school. A Presidential Scholarship to attend John Cabot University in Rome, Italy. Having had his first set of professional exhibitions at the Pretoria Art Museum and Everard Read at just 19 years old in 2017, in his 20s Kgole went along to take on the international art scene, placing on 10 worldwide solo exhibitions by the end of 2019. This young master closed off the decade by winning the People’s Choice Award at the 10 th Annual Young Master’s Art Prize in London and as well as being named as the Mail and Guardian’s Top 200 young South Africans. Kgole is now based in Rome, Italy, where he continues with his multi-disciplinary global projects.

Kgole’s work is an exposition of the interplay between the identities of people living in rural Limpopo, his ancestors and the world he inhabits. The artist grew up in a Limpopo village, South Africa and tells vivid human stories about the experiences of people who live there. They are stories that are untold to an urban audience, to whom rural South Africa is a hidden landscape.

They tell tales of struggle, of abandonment, of promises broken and dreams deferred. They speak of resilience in the face of everyday injustice, of resistance through the simple act of living. The resilience of which he goes through daily as a young village boy maturing in the world’s different metropolises. These stories are told through his visions or the locations where these people live out their lives – the landscapes upon which the all too human residue of life settles.

Kgole’s work is typified by his use of Anaglyphs, whereby two versions of his composite
photographic images are printed in different colours (typically blue and red) onto canvas. He then applies collage and paints to the printed work. The viewer is then asked to view the work through glasses with a red filter and a blue filter as lenses, creating a dramatic 3D effect.

The glasses play the role of enhancing the viewer’s experience and relationship to the work, as it helps you interact with the work more at a more intimate level.