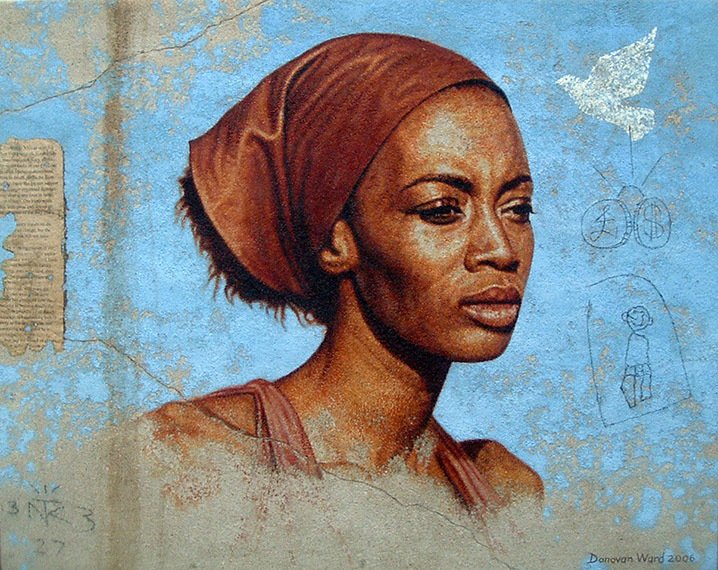 Born in Cape Town, 1962, Ward experienced the trauma of the Population Registration Act firsthand, with family members classified across racial lines (‘coloured’ and ‘white’). Ward grew up classified coloured, attended Livingstone High School where he studied art, went on to do a three year diploma course at the Ruth Prowse School of Art and a sculpture course at the Community Arts Project. Has been working full-time as an artist since 1990.


Ward’s political consciousness informs his practice as an artist. His themes are socially relevant - he tackles questions of history, memory, archive, globalization, gentrification and social injustice. And yet his work does not adopt heroic conventions associated with much political art, he operates at a more subtle and deeper level.

Ward was resident artist in Bangor, Wales (2002), and has participated in several artists workshops, including Thupelo and ASAI. In recent years he has been active as a workshop facilitator in the Western Cape.

Ward has participated in over 50 group exhibitions. The majority of these have been in Western Cape (including Everard Read Gallery and SA National Gallery), but also in Johannesburg (Market Gallery, and Art on Paper), as well as in New York (2007), Tehran (2007), Barcelona (2007), Dakar (2002) and Wales (2001). Highlights include Apartheid: The South African Mirror, curated by Pep Subiros for Macba, Spain, and Dak’Art, 2002