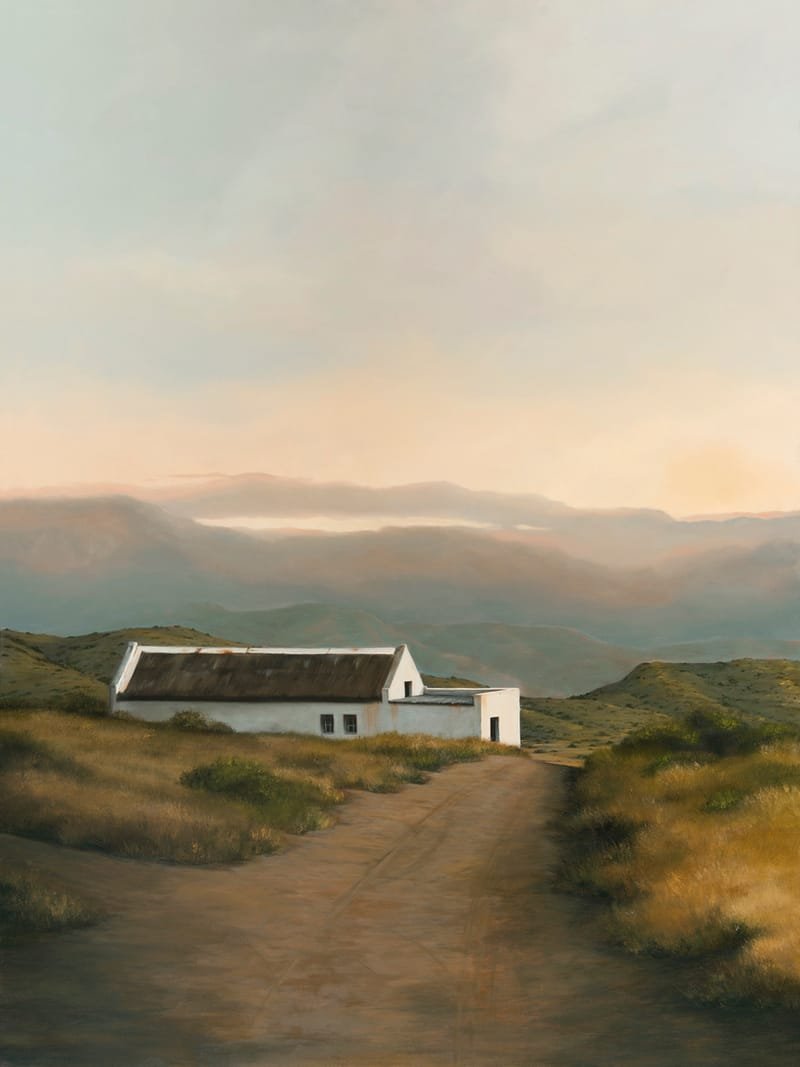 Donna McKellar has made it her life’s work to portray the world not simply as she sees it, but as she feels it. Her realistic signature style is always evident in her work. Her paintings are, in essence, an adventure and an expression of her life experience. She is able to comfortably work on paintings measuring as large as 4m, or as small as 5cm.

Donna is well known in South Africa for her large-scale paintings of the Karoo (and other similar) landscapes, and her dedication to this subject matter has afforded her the esteem of being known as one of South Africa’s premier landscape artists. Her work is both highly technical and emotive in nature. She is able to comfortably work on paintings measuring as large as 4m, or as small as 5cm. Her work has been sought out and purchased by collectors from around the world, and included in her extensive client list are a number of household names, such as Ernie Els and Lance Armstrong. She currently has work seated around the globe and in many homes and corporations in South Africa.

Donna has consistently been part of the South African Art scene over the years, holding numerous solo exhibitions and taking part in many group shows, locally and internationally every year.

Donna cut her art teeth in advertising and design, working for advertising agencies until 1988 when her and her sister and ran their own design studio. In 1995 Donna moved from Johannesburg to Cape Town where she began painting full time.

She opened RED The Gallery with a business partner in early 2005 and curated and worked there for 5 years.

In 2011 Donna opened her own Studio and Gallery in Kalk Bay, which has since moved on to Simonstown, under the new ownership of Marc and Lindy Alexander. She now works from her home studio in Kalk Bay and focusses primarily on painting and her family.