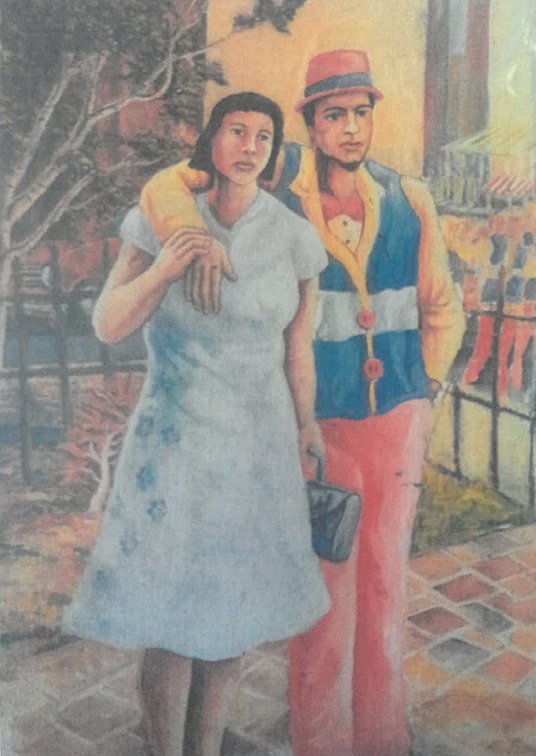 After matriculating in 1985 with an A aggregate in Art and achieving various awards, for work which focused on the social upheavals at the time. It was used in various publications, facilitated by Emile Maurice my Art Teacher at the time.

I started working as a Production Artist , but I continued studying under Mr Maurice’s mentorship at Battswood Training College on Saturdays . Eventhough, I worked on a full time basis, having by now been a provider as a new husband and father. I continued doing my art and animation. Most notably one where I was apart of a workshop with William Kentridge doing a one minute charcoal drawn animation at the National Gallery in 1992.

I followed this up with a one minute animation I did at Grreatmore Art Studios, where I won the first prize in Amsterdam for my contribution called the Lion and the Elephant. During this time I had a sold out exhibition in Switzerland for the Cultura Group.

One of my art design flags was feature outside the National Gallery in the South African Gardens.

I then switched to becoming a Graphic Designer after doing three month course at Hirt & Carter in 1996. I then got a job with an International Company doing online Educational Illustration Courses for Microsoft and other big companies.

All the while still broadening my creative landscape, doing art which I believe made a statement about the times we lived in.

After a five year stint as a report writer for the Film Publication Board, I decided to pursue my art on a full time basis, so that I could apply all the experiences I picked up along the way, in producing art that could make a contribution to people’s visual experiences.

The visual aspect plays such a huge role in everyone’s life and the fact that I am a visual artist makes me feel responsible to convey messages which has a positive impact and inspires the viewer to want to make the world a better place.

I would like to end with my Mission Statement  "Imagination is the true powerhouse of the mind.”