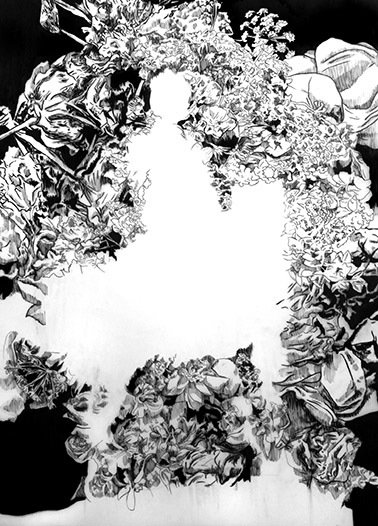 Adele van Heerden was born in Cape Town in 1989. After graduating with a degree in Fine Arts from the Ruth Prowse School of Art in 2010, Van Heerden continued her studies at the University of South Africa, obtaining a BA in History and Politics. In 2015, she graduated from the University of Cape Town with an Honours Degree in Curatorship.

Van Heerden’s work has been exhibited in the Western Cape, South Africa, at galleries such as Gallery MOMO, Salon 91, the AVA, 99 Loop, Rust-en-Vrede and Art.b, and in Johannesburg, South Africa, at the Turbine Art Fair. Other professional artistic experience includes a two year stint as gallery manager at the South African Print Gallery, various curatorial projects, as well as internships at the Spier Arts Trust and the University of Cape Town’s Michaelis Galleries.

Adele van Heerden pays close attention to complexity. As an artist and curator living in a world where the binary has been replaced by the spectrum, Van Heerden revels in the beauties of the multifarious, creating intricate pieces in ink on paper which juxtapose the natural world with human history. Based in Cape Town, South Africa, she produces finely detailed, often layered work as a personal response to the particular social, historical and political conditions she finds herself in.

Her subject matter is an exploration of the present and a confrontation with the weight of the past, combining the botanical, historical and natural in a way which engages with scale to question relevance. Monuments disappear among a profusion of petals drawn on translucent paper. Soldiers and their horses become tiny toys. Leaves become architectural. Memorials disintegrate and the ephemeral becomes significant. Her use of drafting papers and acetate or polyester films, with a single artwork containing images on different sheets layered over each other, adds depth to her works, both playing with perspective and adding a sense of ghostly presence.

Having studied curatorship at a graduate level allows Van Heerden to bring ideas from both of her undergraduate fields of study – fine arts and history/politics – together in her fine arts practice. “It made me realise,” she comments, “that all my interests are interlinked, overlap, and feed/bleed into each other.”